Molecular architectures with topologies exist both in everyday life and in the microscopic world. Examples can be found ranging from shoelaces, fishing nets and traditional Chinese knots to knotted strands that have been identified in DNA and proteins. In an attempt to control molecular topology and understand its special features at the nanoscopic level, chemists have devoted substantial efforts to the rational design and synthesis of molecules with different kinds of topology during the past three decades. Significant progress has been made in this context thanks to the advent of the mechanical bond in chemistry, the emergence of mechanically interlocked molecules (MIMs) and a growing awareness of chemical topology. When perusing the increased research activities in this field, it is clear that a new discipline—which we call molecular nanotopology—is ready to receive recognition in its own right.

In this Minireview, the authors first of all address the historical development of chemical topology and describe how the rational design and practical synthesis of molecular links and knots with mechanical bonds, together with interwoven extended frameworks, have led to the rapid establishment of molecular nanotopology as a discipline. Secondly, some examples are described for introducing the molecular links and knots that are discovered in nature or constructed from biomacromolecules. Thirdly, the authors have surveyed the promising applications of molecular links and knots in materials science, catalysis and biomedical arenas. Finally, they spotlight the major challenges facing chemists and materials scientists and provide some indications as to how molecular nanotopology is going to develop in the years ahead. 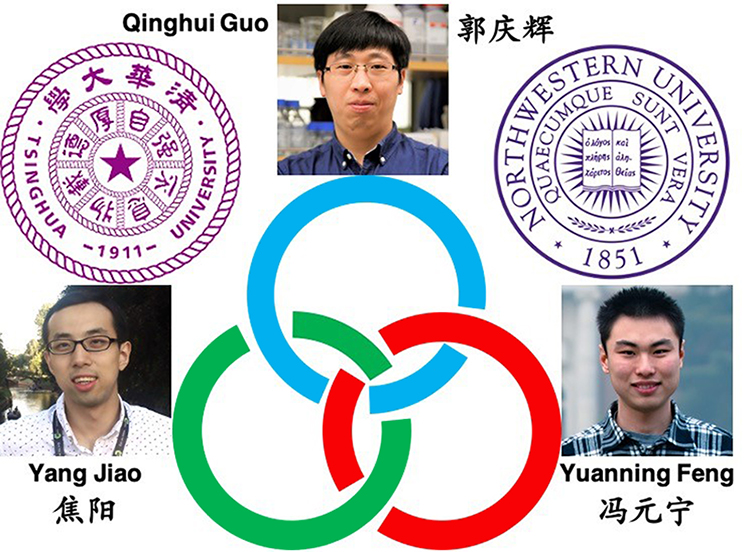