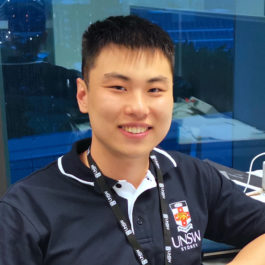 Yuanning was born in Dandong, Liaoning and grew up in Shenzhen, Guangdong, China. After obtaining the gold medal of National Chemistry Olympiad of China, he started his undergraduate studies at Tsinghua University with an Outstanding Incoming Student Fellowship. Yuanning worked as an undergraduate research assistant on organic synthesis and supramolecular self-assembly in Professor Mei-Xiang Wang’s group in Tsinghua University as well as in Professor Jonathan Sessler’s group in University of Texas at Austin. In summer of 2016, he completed his BScH degree in Chemical Biology with Tsinghua Xuetang Talents Program (Honor) in Chemistry under the supervision of Professor Xi Zhang with a research project on supra-amphiphiles. After that, Yuanning became a PhD student in Northwestern University and joined Professor Sir Fraser Stoddart’s group, working on the design, synthesis and characterization of artificial molecular machines and mechanical interlocked molecules.