A review article entitled Molecular Triangles : A New Class of Macrocycles has been published in Accounts of Chemical Research by Postdoctoral Fellows Yu Wang and Huang Wu.

Molecular triangles, designed and synthesized in the Group from 2014 onwards, have emerged as a new class of macrocycles. They have rigid structures with triangular geometries, which consist of three chiral trans-1,2-diaminocyclohexano apexes and three aromatic tetracarboxylic diimide linkers. These molecular triangles have made a significant impact upon supramolecular chemistry and materials science. They possess a rich blend of structural features, including rigidity, chirality, electron deficiency and through-space electron sharing, features which endow them with broad applications in areas such as anion recognition, chiral assembly, supramolecular gelation, energy storage, solid-state luminescence and nonlinear optical responses.

In their Account, Yu and Huang summarize recent achievements in research on molecular triangles, involving their design and synthesis, molecular recognition and self-assembly behavior, as well as their ability to form host-guest complexes. Opportunities to carry out structural modifications and applications-oriented innovations, employing these molecular triangles, are described.  We hope that this Account will inspire the further exploration of molecular triangles and accelerate their development all the way from the research laboratory to the production of smart materials.  A great story that’s still in the making. Congratulations Yu!  Congratulations Huang!

Pictured below – Yu Wang and Huang Wu alongside the graphical representation of their review in Accounts of Chemical Research: 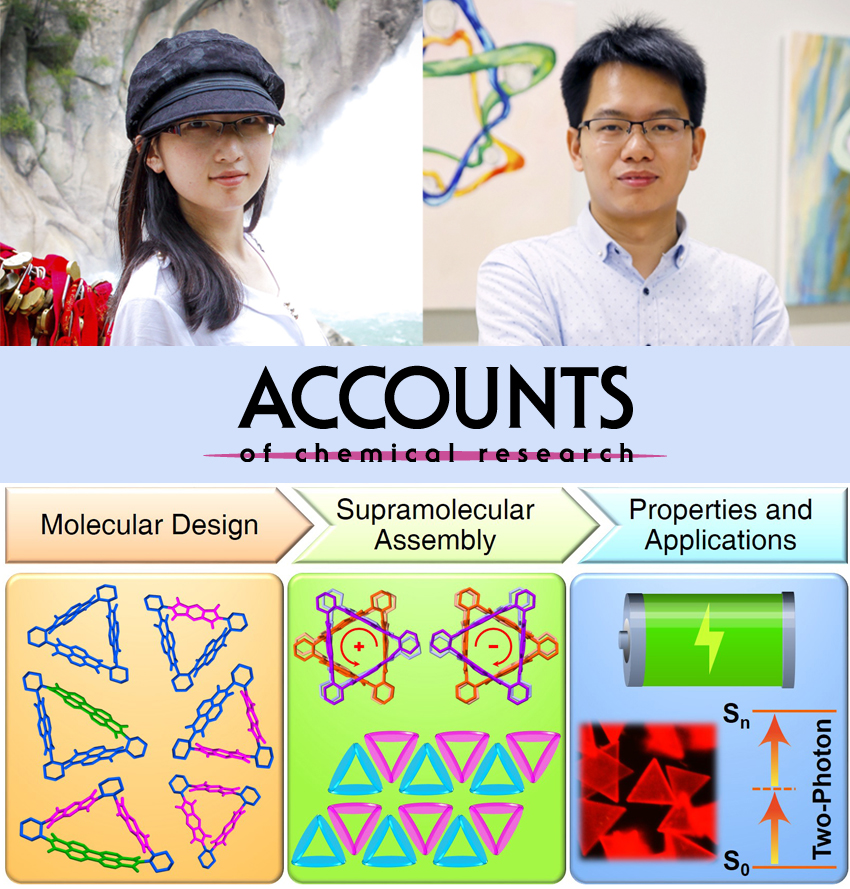