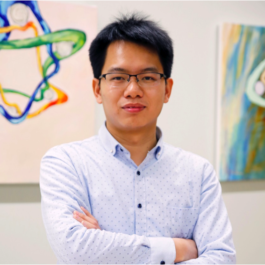 Huang was born and grew up in Hunan Province, China. He received his B.S. degree in applied chemistry from Tianjin University in 2014. Then he continued to pursue his PhD at Nankai University under the guidance of Professor Yu Liu. During his graduate study, he also joined Professor Stoddart’s group at Northwestern University as a joint-training PhD for one year. His doctoral research was focused on the development of photo-responsive supramolecular materials and their applications. In August 2019, he came back to Professor Stoddart’s group as a postdoctoral fellow. His ongoing research involves the design and synthesis of photo- and redox-responsive molecular machines and functional macrocycles.