Shuliang Yang was born in a small and beautiful village in Hunan, China. He obtained his Bachelor Degree from Xiangtan University with a polymer background. He attended Changchun Institute of Applied Chemistry at the Chinese Academy of Sciences to obtain his Masters degree. After working on organic methodology for three years, he moved to the Institute of Chemistry at the Chinese Academy of Sciences to continue his scientific career. Three years later he obtained his PhD Degree focusing on nanocatalysis. He then spent three and half years as a Postdoctoral Researcher at the École Polytechnique Fédérale de Lausanne in Switzerland before returning to China to work at Xiamen University in 2021. In September 2022, he joined Professor Fraser Stoddart’s research group at Northwestern University with a focus on potential catalysis applications based on molecular machines.

Surojit Bhunia was born and grew up in a small village of West Bengal, India. He completed his MSC Degree (2014–16) at the Indian Institute of Technology (IIT) in Guwahati. He received his PhD Degree in August 2022 from the Indian Institute of Science Education and Research (IISER) in Kolkata. Surojit’s doctoral research focused on the mechanical properties of organic crystals which includes self-healing and flexible piezoelectric molecular crystals. He is currently a postdoctoral research fellow in the Stoddart group at Northwestern University. His current research focuses on supramolecular chemistry and understanding the mechanical response of molecular machines.  Surojit is a yoga enthusiastic and loves to read Bengali literature in his spare time.

Xueze Zhao was born and grew up in Nei Mongol in the Northeastern part of China. In 2016, he received his BE Degree in the Department of Chemistry at Dalian University of Technology, where he then obtained his PhD Degree in Applied Chemistry under the guidance of Professor Jiangli Fan. His PhD research was mainly concentrated on the design and development of functional photosensitive dyes and cancer phototherapeutic applications. In 2022, Xueze joined the Stoddart group at Northwestern University as a Postdoctoral Fellow. His current research focuses on the development of functional mechanically interlocked molecules.

Wenyuan Zhang was born in Beijing, the capital of China. She is currently a student majoring in Molecular Science and Engineering, a joint program between Tianjin University and Nankai University. She is expected to receive her BSc and BEng degrees in June 2023.  She joined Zhang Sheng’s group in early 2021 to work on electrocatalytic CO2 reduction. She is also a member of the chem-e-car competition team of Tianjin University. Her current research in the Stoddart group focuses on the synthesis of cationic rings and the investigation of host-guest properties.

We are very happy to have you all on board and look forward to the wonderful research you will all undoubtedly perform! 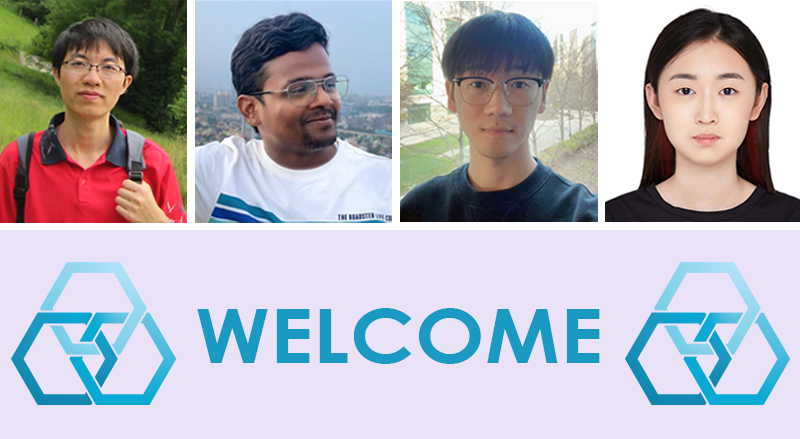