Postdoctoral Fellow (Former Graduate Student) Yuanning Feng has been selected as the winner of the 2021 Foresight Institute Distinguished Student Award! This award recognizes the graduate student whose work is considered most notable in advancing the development and understanding of nanotechnology. Yuanning is being recognized for his groundbreaking research on the design and synthesis of artificial molecular machines — particularly molecular pumps — which is an intellectually challenging and contemporary area of nanoscience and nanotechnology, according to the President of Foresight Institute, Allison Duettmann. During his graduate studies in the Stoddart Group at Northwestern University, Yuanning has developed several artificial molecular pumps while coming to terms through his many interactions with Professor Dean Astumian with the physics behind how biological and artificial molecular machines work, based on energy and information ratchets.

Yuanning joins three previous winners – Jonathan Barnes in 2013, Chuyang Cheng in 2015 and Liang Feng in 2020– of the award from the Stoddart group.

Yuanning will present his award-winning research at Foresight Institute’s Vision Weekend of 4|5 December 2021 in San Francisco and on the Cyberspace. During this celebration, he will be introduced to the Foresight Community, as well as to the Molecular Machines Group, and will become involved in monthly meetings with scientists to advance progress on atomically precise applications in energy, agriculture, and materials science, as well as ensure long-term progress toward the design and synthesis of molecular machines. Well done Yuanning! Many congratulations!

Pictured below – Yuanning Feng alongside the Foresight Institute logo: 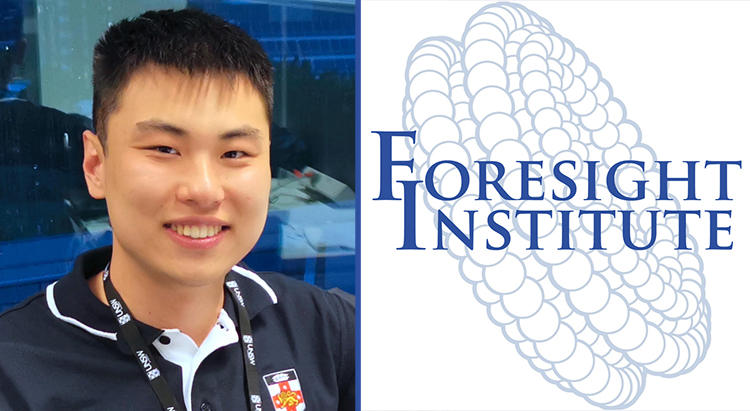