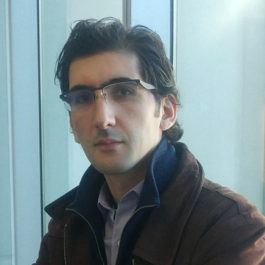 Yassine earned his bachelor’s and master’s degrees, in health science and chemistry respectively, from the University of Paris Descartes in France. During his Master’s program, he worked with Prof. Jeremy Rawson (University of Windsor, Canada), examining structure-property relationships in thiazyl radicals (2011), and then with Prof. Benoit Limoge (University of Paris Diderot, France) where he studied the Spectro-electrochemical behavior of cobalt porphyrins and cobalt porphyrin-based peptides (2012). Yassine was awarded the President’s Renewable Entrance Scholarship to support his PhD research at the University of Windsor (Canada) under supervision of Prof. Jeremy Rawson. His research was focused on the fundamental understanding of the physical properties of S/N persistent organic radicals at the molecular level and in the solid state. After completing his PhD in 2017, Yassine was awarded the prestigious JSPS scholarship but he turned it down and he joined the Stoddart group as a postdoctoral research fellow. Yassine`s research interests are predominantly focused to solid-state chemistry and he is conducting research on molecular tessellations, charge transfer complexes, supramolecular photosensitizers and photocatalysis.