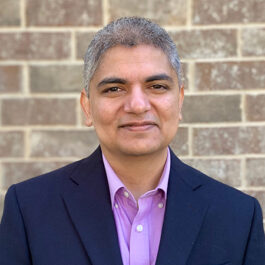 Tanay Kesharwani is currently an Associate Professor of Chemistry at the University of West Florida. He received his undergraduate degree in chemistry from the Indian Institute of Technology, Bombay, in 2002. He completed his PhD in organic chemistry from Iowa State University in 2008 under the guidance of Professor Richard Larock. After spending two years at a biotech company his keen interest in academia motivated him to join Northwestern University for postdoctoral studies with Professors Joe Hupp and SonhBin Nguyen. After spending two years as a visiting faculty member at Bard College, NY, he began his independent career in 2013 at the University of West Florida. His research interests include the development of new and greener synthetic methods and their applications toward the synthesis of small molecules of materials and biological interest. He is currently on sabbatical and joined Sir Fraser Stoddart’s group in September 2021. His current research interests include the design, synthesis, and characterization of mechanically interlocked molecules and dynamic molecular machines.