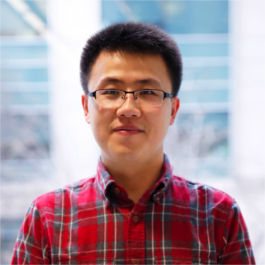 Penghao grew up in Changzhi, Shanxi in northern China. He received his BS degree in chemistry from Nankai University in 2011. Penghao moved to US to start his graduate school studies in organic chemistry at Boston University in the fall of 2011 with Professor Ramesh Jasti. In 2014, he moved with the group to the University of Oregon where he obtained his PhD degree in 2017. In graduate school, Penghao’s research was focused on the synthesis of strained aromatic macrocycles as the building blocks of functional materials. He joined Professor Sir Fraser Stoddart’s group as a postdoctoral researcher in August 2018 and is currently working on porous framework materials with exotic topologies.