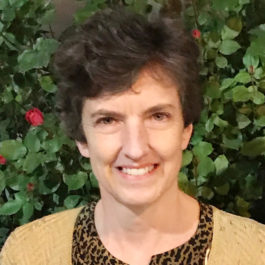 Margaret (Peggy) has worked for the past decade at Northwestern University as the
Personal Assistant to Professor Sir Fraser Stoddart. She also helps to manage his
research group of around 35 young people. Peggy hails originally from Fanwood, NJ and
studied chemistry at The College of William and Mary in Virginia. From there, she went
on to attend graduate school at Northwestern where she earned a PhD in organic
chemistry under the mentorship of Professor Robert Letsinger (“the father of
oligonucleotide chemistry) before joining the Bioproducts Group within the Central
Research department at Dow Chemical in Midland, MI. Subsequently, she conducted
research in immunological and bioanalytical chemistry at the National Cancer Institute
(Bethesda, MD) and Georgetown University, respectively. Prior to her arrival back at
Northwestern in 2008, Peggy was a member of the chemistry faculty at Dominican
University in River Forest, IL. As a member of the History Division of the American
Chemical Society, she enjoys giving talks on various topics and has contributed a
chapter to an ACS Symposium Series book on the contributions of outstanding women
scientists.