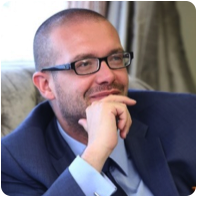 Lorenzo obtained his MSc and PhD in Chemistry at the University of Pavia (Italy), under the guidance of Prof. Luigi Fabbrizzi. His graduate work was focused on the synthesis and characterization of receptors and sensors for anions based on hydrogen bonding and metal-to-ligand interactions. At Bowling Green State University, Ohio, he worked with Dr Pavel Anzenbacher on the synthesis of fluorescent sensors for anions, fluorescent sensors for explosives, (TNT, RDX, and ANFO/ANNM), and sensors for chiral molecules. Lorenzo moved to Stoddart group at Northwestern University in 2016, where his research focuses on supramolecular materials and unusual redox states in macrocyclic compounds. His scientific interests include green syntheses, fluorescent sensors, and high-performance materials.