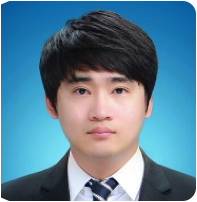 Kwan Woo received his BS degree in Materials Science Engineering in 2010 from Hanyang University in Korea. After graduation, he moved to Korea Advanced Institute of Science and Technology and received MS in 2012, where he developed graphene-based catalysts for PEMFC under the supervision of Prof. Jung Ki Park. In 2016, he received his PhD under the supervision of Prof. Jang Wook Choi. His PhD research focused on hydrated cathodes for high performance sodium and magnesium rechargeable batteries. After obtaining his PhD, Kwan Woo worked at LG Chem, developing commercial separators for the iPhone and advanced separators such as all solid type separators. In September 2018, he joined to the Stoddart group at Northwestern University as a postdoctoral fellow, working on the design and synthesis of organic cathode materials for rechargeable batteries.