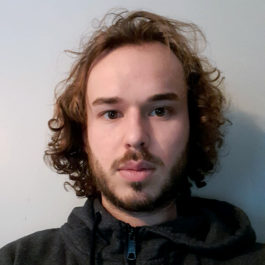 The University of Angers, France

Arthur was born and grew up in Vannes, France. He received his B.Sc. (2014) and M.Sc. (2016) degrees from the University of Rennes 1, France. As an undergraduate student, he carried out two internships working on the synthesis of mechanically interlocked molecules: the first with Dr Victor Blanco at the University of Granada, Spain (2015) and the second with Dr Nicholas G. White at the Australian National University, Canberra, Australia (2016). In October 2016, he returned to Granada to start his PhD under the supervision of Dr Victor Blanco and Dr Araceli G. Campaña working on the synthesis and application of rotaxanes based on vinyl sulfonyl click chemistry and the study of their chiroptical properties, as well as the supramolecular chemistry of saddle-shaped nanographenes. During his PhD, he spent three months working with Prof David A. Leigh at the University of Manchester, UK. After the completion of his PhD (Octobre 2020), he joined the Stoddart group, in February 2021, to explore even more the supramolecular chemistry world.