Postdoctoral Fellow Liang Feng has been selected for this year’s International Adsorption Society (IAS) Award for Excellence in Publications by a Young Member of the Society. The IAS presents the Triennial Award for Excellence in publications by a younger member of the Society to provide recognition to outstanding, published research carried out by young scientists or engineers in adsorption. The award consists of $2,000 and a certificate citing the accomplishments of the recipient. Past awardees include Professor Krista S Walton (2013, Georgia Institute of Technology), Professor Ronny Pini (2016, Imperial College London), and Professor Li-Chiang Lin (2019, Ohio State University). Dr Feng received the award for his contributions to the synthesis of rare-earth MOFs and hierarchical MOF composites, as well as the discovery of an active adsorption mode called mechanisorption. The award ceremony will take place as part of the 14th International Conference on the Fundamentals of Adsorption on 22-27 May 2022, in Broomfield, Colorado, where Liang will give his award-wining talk on the discovery and potential of mechanisorption.

In addition, Liang has been also selected to participate in the 2022 University of Chicago Future Faculty Conference. This conference aims to promote the early-career development of researchers working in exciting new directions in all areas of chemistry. As a participant, Liang will present his research to a diverse audience, network with researchers in the field(s), and learn about ongoing research at UChicago. Liang will also be engaged in workshops designed to support future faculty members in preparing for academic job applications, interviews, and negotiations. The conference will take place on May 26–27 virtually over Zoom, with workshops and networking events such as Happy Hour Night and Breakfast organized. Liang will present his work entitled Mechanisorption: Storing Energy in Non-Equilibrium Materials through Active Adsorption during the conference.

Pictured below – Liang Feng alongside the International Adsorption Society and University of Chicago logos: 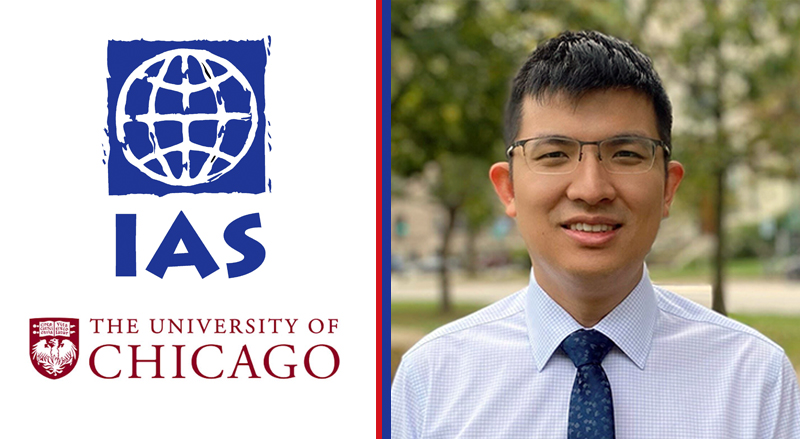