Ruihua was born and grew up in Quanzhou, a warm and beautiful city in Fujian Province, Southern China. She obtained her BSc in Chemistry from Xiamen University in 2016 under the guidance of Professor Chaoyong James Yang and received Undergraduate Research training from Professor Wei Lin at Baylor Institute for Immunology Research in Texas. She earned her PhD in Energy Chemistry from Xiamen University under the supervision of Professor Cao Yang and Professor Chaoyong James Yang. Her graduate research encompassed single-cell protein analysis based on microfluidics, on-chip electrocatalysis of two-dimensional materials, and single-crystal electrical transport of nanoclusters and Metal-Organic Frameworks. Upon joining the Stoddart Group at Northwestern University as a Postdoctoral Fellow in January 2022, Ruihua will focus her research interests on Energy Materials and Molecular Machines.

Chi Hsien was born in Kaohsiung, a harbor city in Southern Taiwan. She completed her undergraduate research on Photoresponsive Polymer Film under Professor Masaki Horie and received her Bachelor’s Degree in Chemical Engineering from National Tsing Hua University. She is currently a PhD student working on stimuli-responsive complexes in the crystalline state under Professor Masaki Horie at the Department of Chemical Engineering, National Tsing Hua University. In 2020 she was an exchange student for two months with Associate Professor Toyo Kazu Yamada’s group at Chiba University where she focused on manipulating molecular deposition by scanning tunneling microscopy. During her PhD studies, she collaborated with Professor Atsunori Mori’s group at Kobe University on crystallography of heterocyclic compounds. Chi Hsien joined the Stoddart group at Northwestern University as a Visiting Predoctoral Fellow in February 2022.

Welcome to the group, we look forward to working with you both! 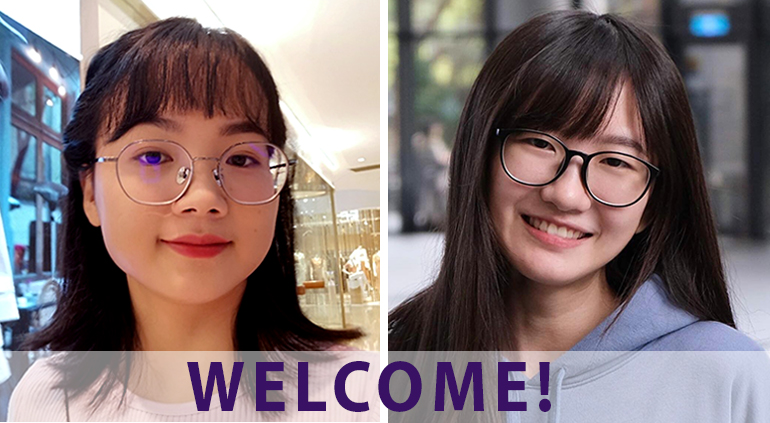