Hongliang and colleagues show both theoretically and experimentally that, such a QI control strategy is realized by introducing energy and phase shifts into the de Broglie waves of electrons traversing different conducting channels of cyclophanes. In positively charged tetracationic cyclophanes, by making the electron transport through each channel LUMO-dominated, the switching between CQI and DQI can be simply manipulated by changing one of the two conducting channels. Energy differences between these two LUMO channels induce CQI, leading to high conductance. By contrast, phase differences between these LUMO channels result in DQI and a suppression in the overall conductance. Such a design of single-molecule circuits enables the construction of single-molecule conductors and insulators based on a single cyclophane platform. 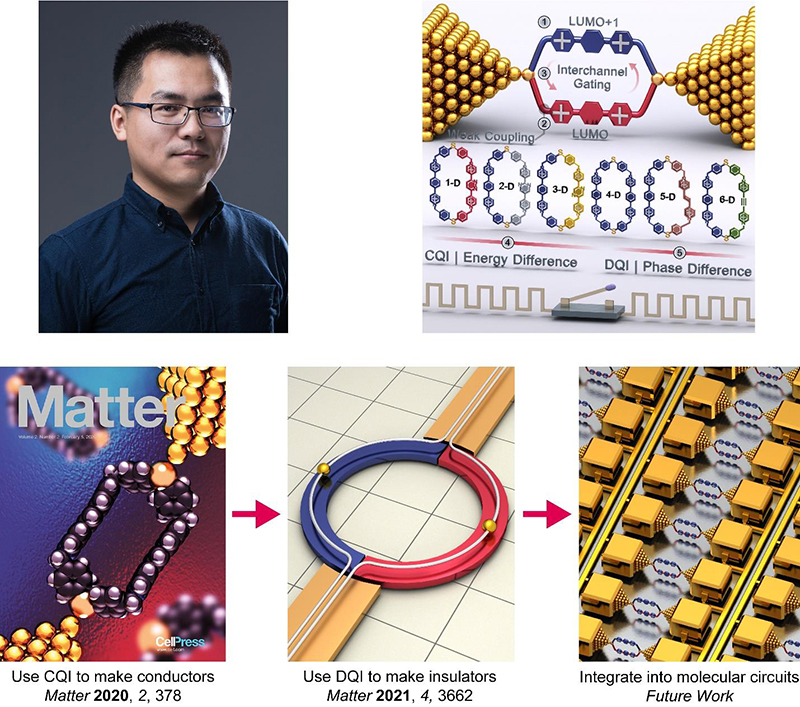