Second-sphere coordination, a concept promoted by us in collaboration with David Williams (formerly, Imperial College London) and Howard Colquhoun (formerly, the ICI Corporate Laboratory and latterly, the University of Reading) in the 1980s, describes the formation of adducts betweencrown ethers and coordination complexes through noncovalent bonding interactions. While the properties of the coordination complexes are dictated by the nature of ligands and metals, the use of molecular receptors as second-sphere ligands provides an alternate way to modulate the chemical and physical properties of the resulting adducts. A summary of the early development of this field was published in Angewandte Chemie (Angew. Chem. Int. Ed. Engl. 1986, 25, 487—507) entitled “Second-Sphere Coordination— A Novel Role for Molecular Receptors” in 1986. The review was the first one to be published in the chemical literature with copious use of color: at that time, it cost £10,000.

In the past two decades, there has been a resurgence of research into second-sphere coordination, which has been demonstrated as an emerging strategy to solve previously unsolvable problems. Incorporating noncovalent binding sites into ligands followed by their coordination to transition metals provides a new strategy for molecular recognition of specific substrates. The combination of metal coordination and noncovalent bonding interactions can also be employed in effective ways to synthesize mechanically interlocked molecules. Second-sphere coordination of transition metal complexes induces changes in the solubilities of the resulting adducts, which can be exploited for metal separation. Furthermore, second-sphere ligands provide confined nanoenvironments for encapsulated metal catalysts, leading to high efficiency and excellent regio- and stereoselectivities at catalytic centers. With the goal of highlighting recent advances in second-sphere coordination, this Mini-Review summarizes recent representative examples of functional systems applying secondsphere coordination for molecular recognition, synthesis of mechanically interlocked molecules, metal separation, catalysis, and biomolecular chemistry.

The review was written collaboratively by Wenqi (Vince) Liu, Partha J Das, Howard M Colquhoun, and J Fraser Stoddart. Vince was a former Postdoctoral Fellow in the group. He has just started his independent academic career as an Assistant Professor at the University of South Florida (Group Website: www.vincentchemistry.com). Partha is currently a Postdoctoral Researcher in the Group, working on molecular cages. Howard is a Professor Emeritus of Chemistry at the University of Reading.

Congratulations to Vince, Partha, and the Team! Nice review and good job!

Pictured below – The Graphical Abstract for Whither Second-Sphere Coordination with authors Wenqi (Vince) Liu and Partha J Das. 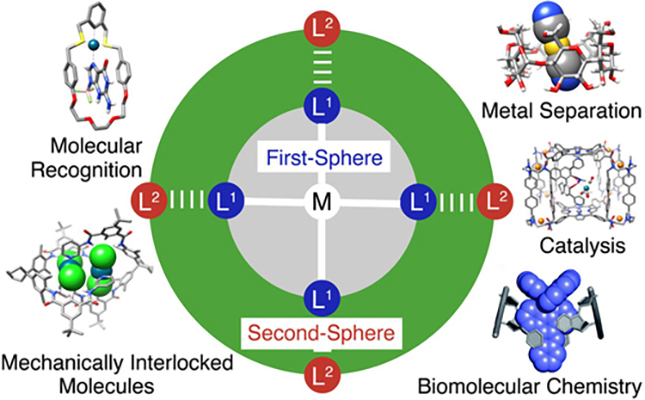 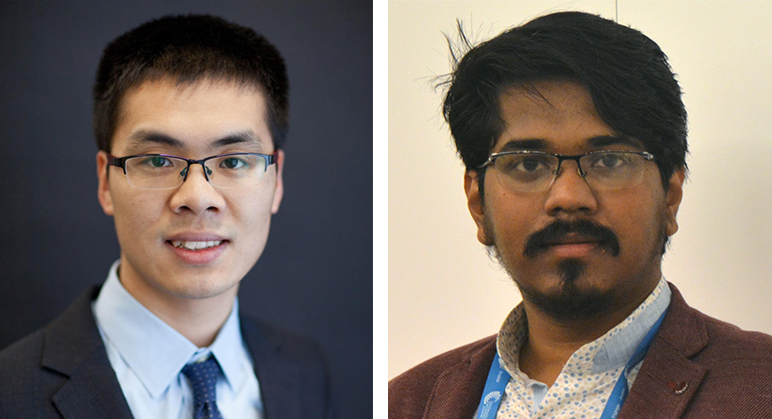