Fraser Stoddart Fellow of the Australia Academy of Science

Fraser is one of two scientists elected this year to Corresponding Membership of the Australian Academy of Science.

Eleanor Dodson is a computational biologist who specializes in the investigation of protein structures using X-ray crystallography. Known as a great teacher and influencer in the field of protein crystallography, Dodson has made major contributions to both theory and practice. Her work to develop computational standard analyses for crystallography methods has brought the understanding of large molecule structures into the public realm, revolutionizing science and medicine. She is one of the lead scientists of the CCP4 program suite. Freely available throughout the world, this software has had enormous global impact, simplifying and standardizing the experimental determination of protein structures for academic and commercial users.

Pictured below – Fraser Stoddart and Eleanor Dodson, 2021 AAS Fellows alongside the Australian Academy of Science Logo: 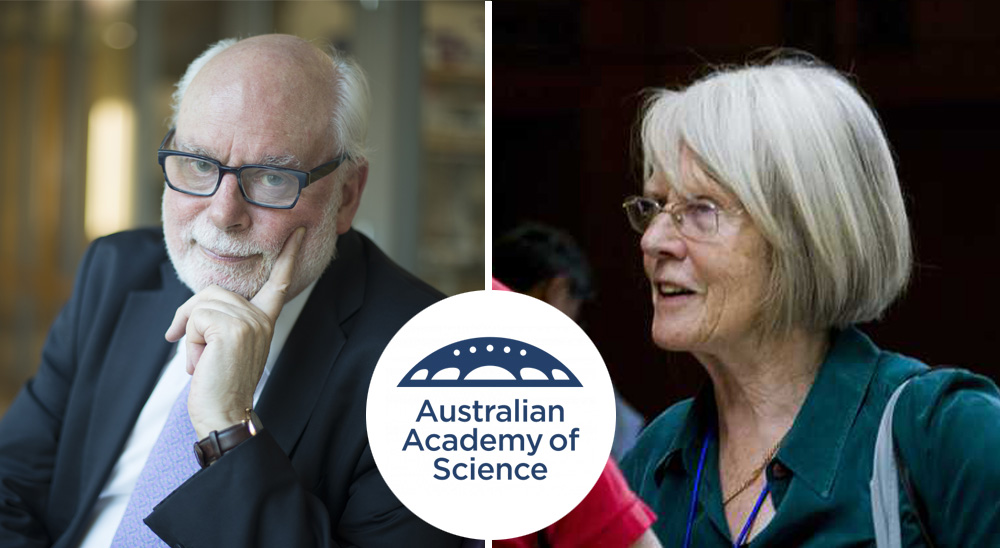