During Yanli’s stays at UCLA and NU, he made solid contributions to the areas of (i) bistable rotaxane-based organogels, (ii) catenane-incorporated metal-organic frameworks, and (iii) mechanized nanoparticles. At NTU, his group conducts research in interdisciplinary areas of chemistry and materials with an emphasis on the development of integrated systems for cancer theranostics and sustainable catalysis. His group develops supramolecular strategies in the preparations of responsive nanosystems for achieving the desired performance.

Pictured below – Yanli Zhao with Fraser alongside the NTU logo: 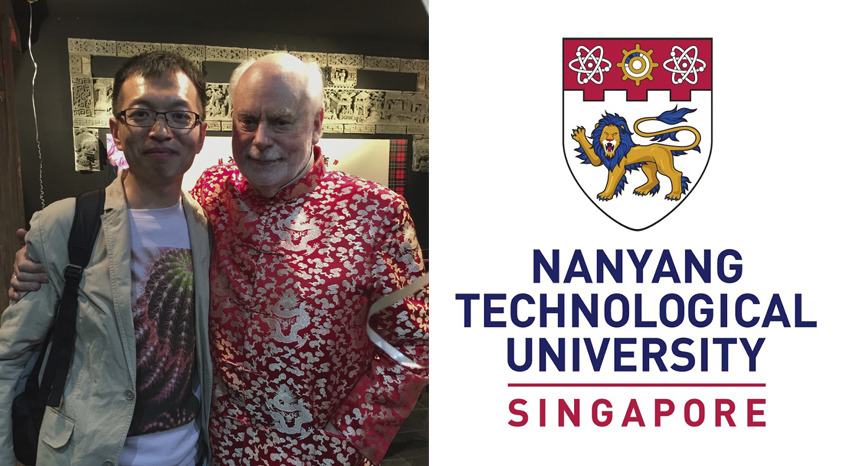