Niveen was a postdoctoral fellow in the Group from 2007-2009, starting her appointment at the University of California Los Angeles (UCLA) and completing it at Northwestern University (NUF. Niveen is a Founding Faculty Member at KAUST, joining directly after completing her postdoctoral appointment. During the early days at KAUST, she helped to make the university one of the highest ranked educational and research institutes in the area. Niveen is the Laureate of the 2017 L’oreal-Unesco Award.

During Niveen’s stay at UCLA and NU, she made pioneering contributions to the area of mechanized nanoparticles for drug delivery. She was an integral part of a team who initiated the biological studies to prepare and test these mechanized mesoporous silica nanoparticles for anti-tumor studies. At KAUST, Niveen is staying true to her passion of finding superior synthetic delivery vehicles for biomedical applications. Her team has developed a series of supramolecular assembled capsules (SACs) for RNA, DNA and proteins encapsulation and delivery. She is especially focused on CRISPR-Cas9 encapsulation and delivery to promote targeted gene editing. Niveen’s research interests also include utilizing supramolecular assemblies with their intrinsic microporosity for energy intensive separations. Her research group is interested specifically in the separation of benzene derivatives using tailored macrocycles and cages for the optimal separation through molecular recognition.

On March 1, 2021 Niveen was also named the Chair of the Chemical Science Department at KAUST.

Pictured below – Niveen Khashab alongside the KAUST logo: 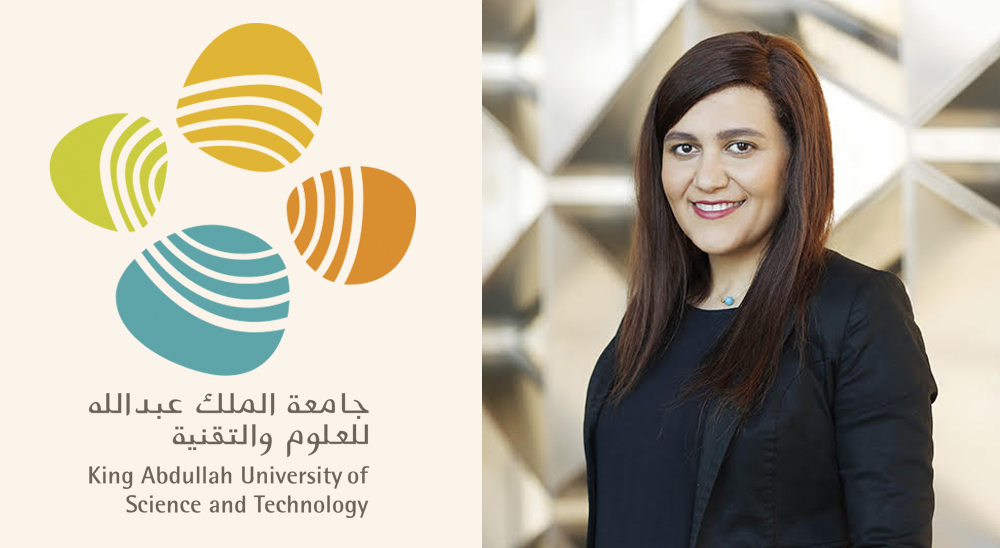