On Friday 11 September Fraser was admitted virtually on Zoom to the Degree of Science Honoris Causa by the Hong Kong Baptist University (HKBU). He would like to share this immense honor with his many colleagues at Northwestern University and numerous former colleagues at the University of California Los Angeles (UCLA) and the Universities of Sheffield and Birmingham in the UK. He regards the honorary degree as recognition of all the accomplishments in research by many (post)graduate students and postdoctoral researchers, in particular, former UCLA postdoc and Croucher Fellow, Ken Leung, now a Professor of Chemistry at HKBU.

Pictured below – Fraser in his garden upon receiving his Degree of Science Honoris Cause from the Hong Kong Baptist University: 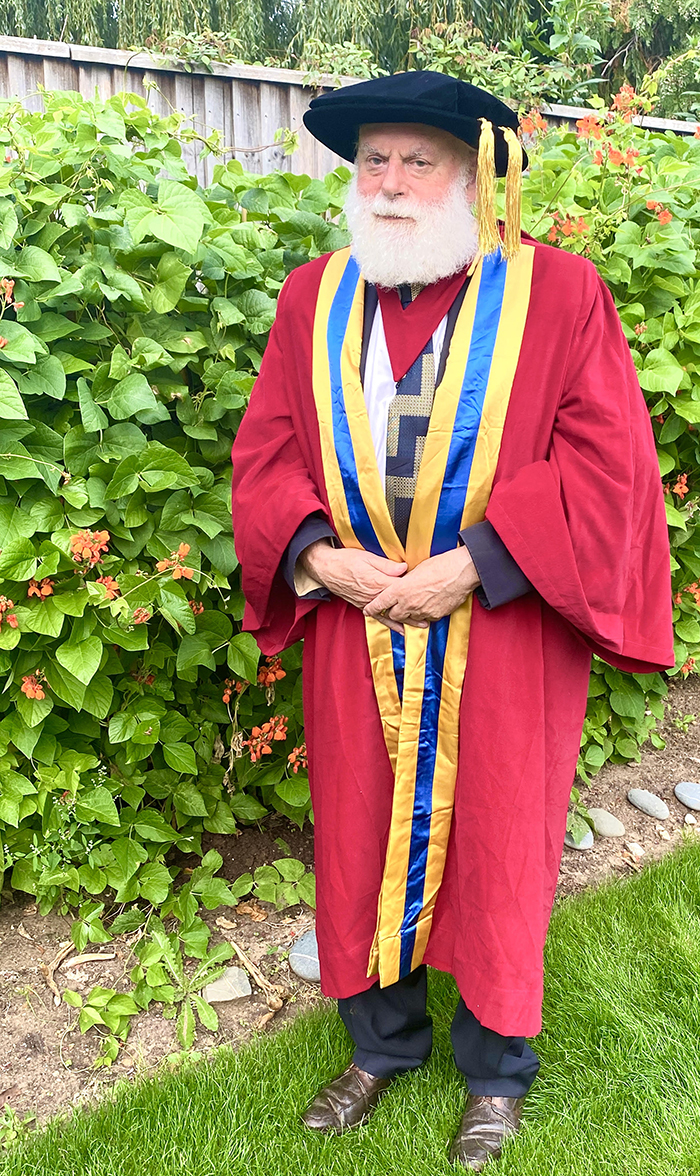