Fraser recently penned a Viewpoint on the “Dawning of the Age of Molecular Nanotopology” which was published in Nano Letters on July 14, 2020. He points out that knotting molecules imposes tightness and nanoconfinement on them, even in aqueous solution, and suggests that molecular knots could offer the opportunity to take the chemistry of artificial enzymes to higher levels of performance in relation to substrate specificities, reaction rates and substrate selectivities. He argues that this prospect alone justifies the continued growth of the field in the knowledge that the real estate for building molecular knots is vast. According to mathematicians, there are somewhere in the region of six billion prime knots. Fraser believes the future is bright for molecular nanotechnology, stating that “With molecular nanotopology in tow, molecular nanotechnology is about to leave the nanoworld and enter the nanogalaxy”.

Pictured below – Graphical representations of topological isomerism in links and knots: 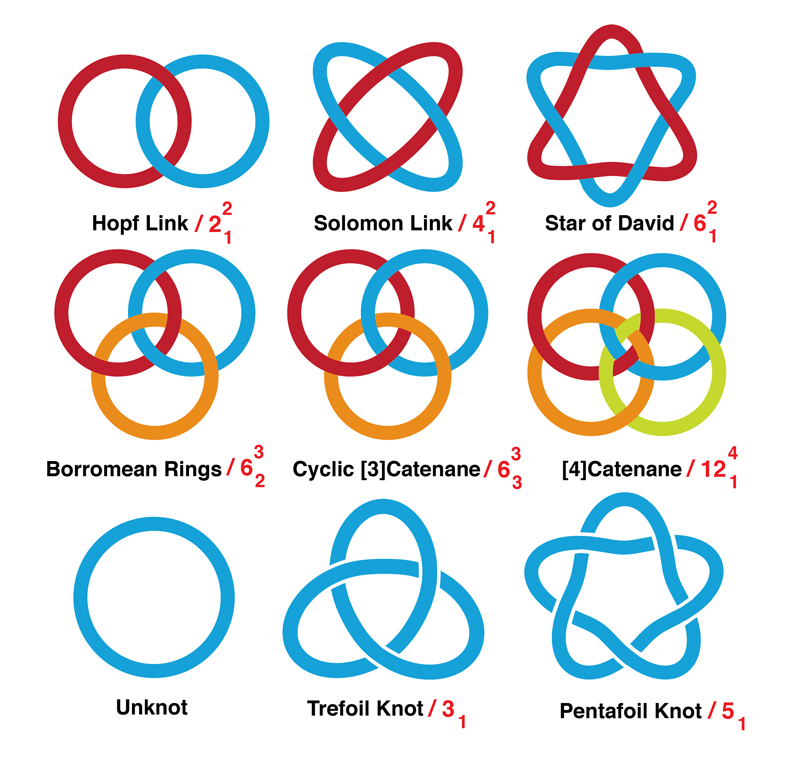