The article reports that the encapsulation of free-base and zinc porphyrins by a tricyclic cyclophane receptor with subnanomolar binding affinities in water. The high affinities are sustained by the hydrophobic effect and multiple [CH···π] interactions covering the large [π···π] stacking surfaces between the substrate porphyrins and the receptor. The photophysical properties and chemical reactivities of the encapsulated porphyrins are modulated to a considerable extent by the receptor. Improved fluorescence quantum yields, red- shifted absorptions and emissions, and nearly quantitative energy transfer processes highlight the emergent photophysical enhancements in the supramolecular complexes. The encapsulated porphyrins enjoy unprecedented chemical stabilities, where their D/H exchange, protonation, and solvolysis under extremely acidic conditions are completely blocked.

The cover art was designed and created by contract Graphic Designer Alex Bosoy. This cover illustrates the fact that the cyclophane, XCage, acts as a force-field shield, repelling the attack from protons under a deep blue background which resembles the aqueous environment. 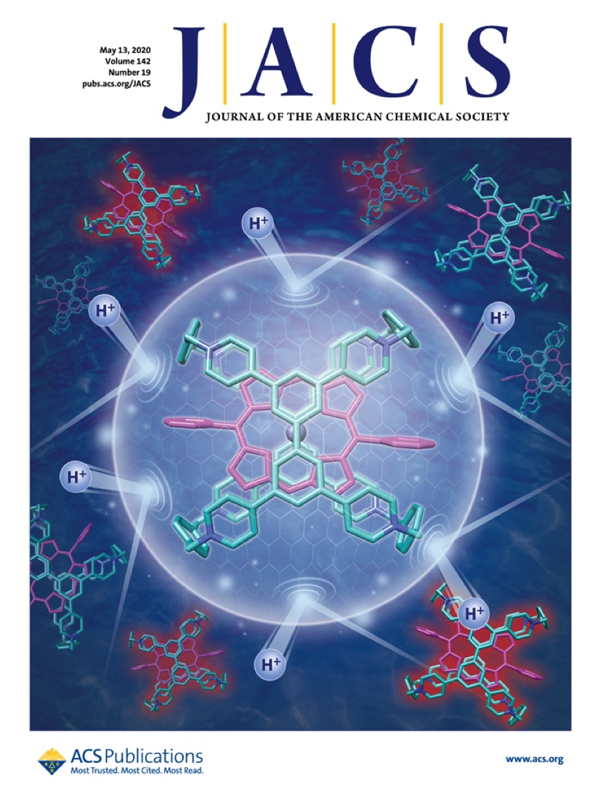