Stoddart Group Postdoctoral Fellow Qinghui Guo has published three JACS papers in the month of February, two of which were selected as a front cover and a supplementary cover in JACS Issue 13.

The front cover tells the story of the synthesis of zigzag belt[8]arenes. As one of the first authors, Qinghui finished the most challenging part of this high-level publication at Tsinghua University and constructed the octahydrobelt[8]arenes by stitching up all four fjords of resorcin[4]arenes through multiple intramolecular Friedel-Crafts alkylations in a straightforward way prior to joining the Stoddart group in 2017.

The supplementary cover describes a strategy of preparing polyelectrolyte single crystals from a tricationic monomer by an ultraviolet-induced topochemical polymerization. Qinghui elucidated the structure of the polycationic polymer at the molecular level and the mechanism of proton conductivity in the highly ordered polymeric structure in a collaboration with 20 co-authors. 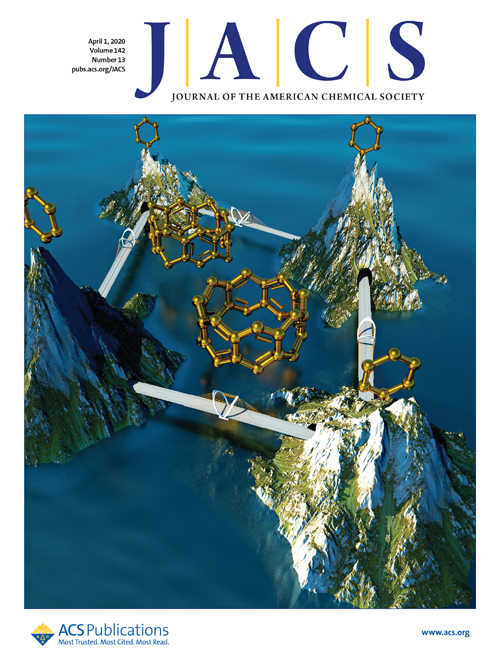 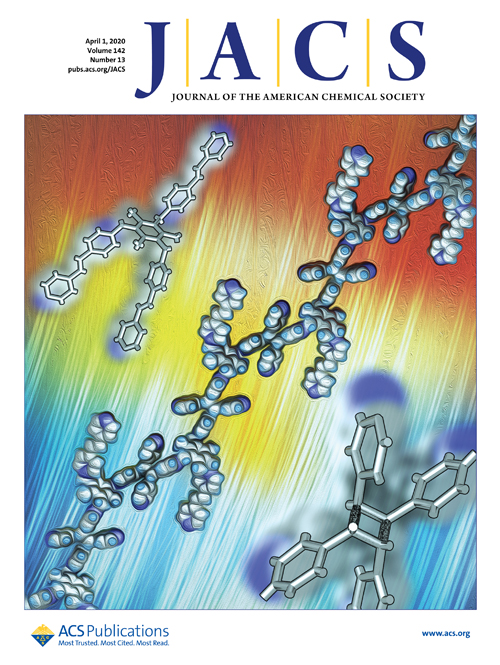