Chenfeng is the third former Stoddart Group member to pick up the coveted CLP Award, joining Amar Flood of Indiana University and Ivan Aprahamian, Chenfeng’s colleague at Dartmouth. The Stoddart Group has also had a long history of collaboration with some of the other CLP Award winners, including Rafal Klajn of Weizmann Institute, Oren Scherman and Jonathan Nitschke of the University of Cambridge UK, and last year’s CLP Winner Xiaopeng Li of the University of South Florida.

Pictured below – Former Stoddart Group members and collaborators that have won the CLP Prize through the years: 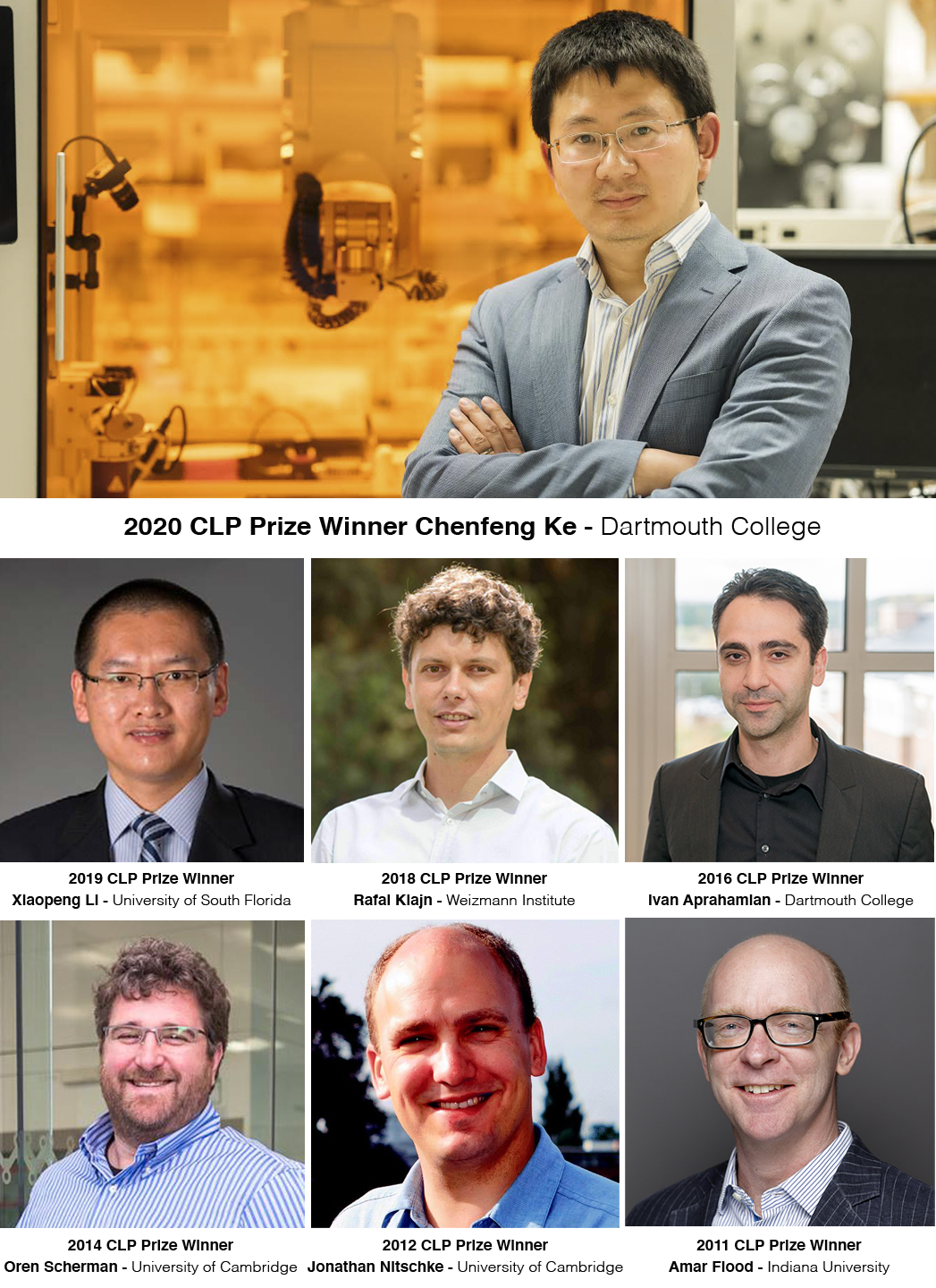