During a week (December 3-10) spent in Taiwan, Fraser lectured at the National Chiao-Tung University (NCTU), the National Taiwan University (NTU) and at the 18th Asian Chemical Congress (ACC) of the Federation of Asian Chemical Societies (FACS) in Taipei. Highlights of the visit were a party thrown by Distinguished Chemistry Professor Sheng-Hsien Chiu at NTU for >100 of his former graduate students and Fraser’s Appointment as a UST Honorary Chair Professor at the University System of Taiwan (UST).  The duration of the appointment is from December 8, 2019 to December 7, 2029.  Fraser last visited Taiwan in February 2002.

Pictured Below – Fraser with National Taiwan University Dignitaries and nearly 700 audience members prior to his NTU lecture: 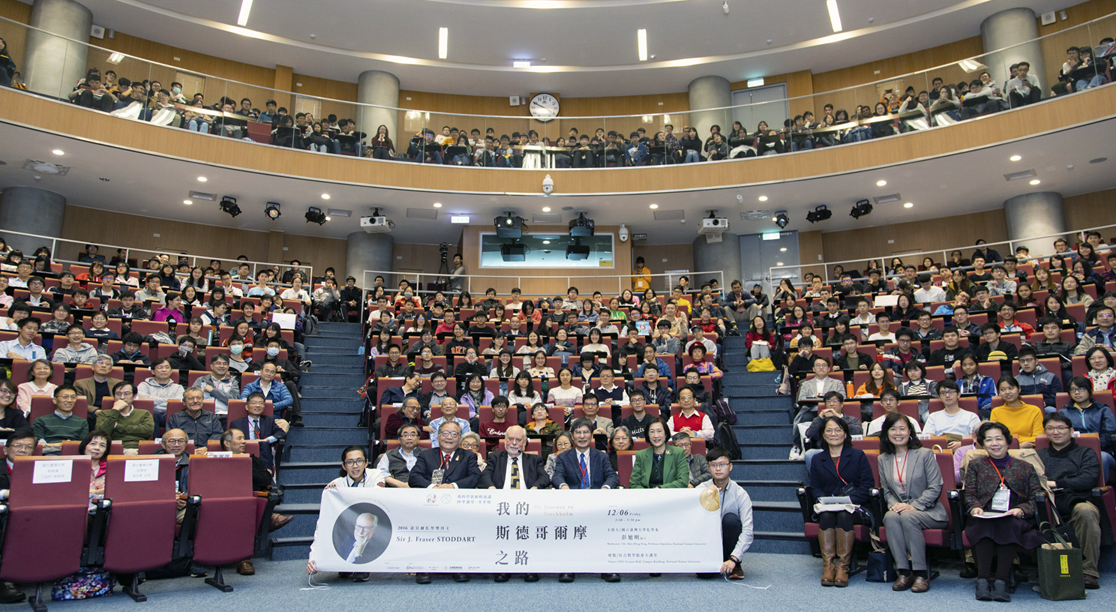